Have you ever wanted to up and leave for a spontaneous trip? Most people long for these types of adventures and Becca Stephens was happy to share her adventure with us to inspire you for your next adventure.

Becca, her brother, and their close friend packed up their Subaru with food, water, a tent, and enough clothes for 2 weeks then started heading west starting in Western Massachusetts.

To kick off the trip and start that initial westward journey, the group traveled to Buffalo NY. With family friends in the area it made the most sense to pay them a visit and spend the night!

To start the real exploratory portion of their trip, the group headed to their first national park in Indiana- Indiana Dunes National Park. This national park sits on the south end of Lake Michigan and according to Becca the water was gorgeous!

The next stop was another national park! After a long 13 hour drive the group arrived at  Badlands National Park in South Dakota. An interesting feature of this park was the prairie dog population- and the prairie dog feeding stations! These stations provide safe food for patrons to feed the prairie dog and get up close with the Midwest nature! 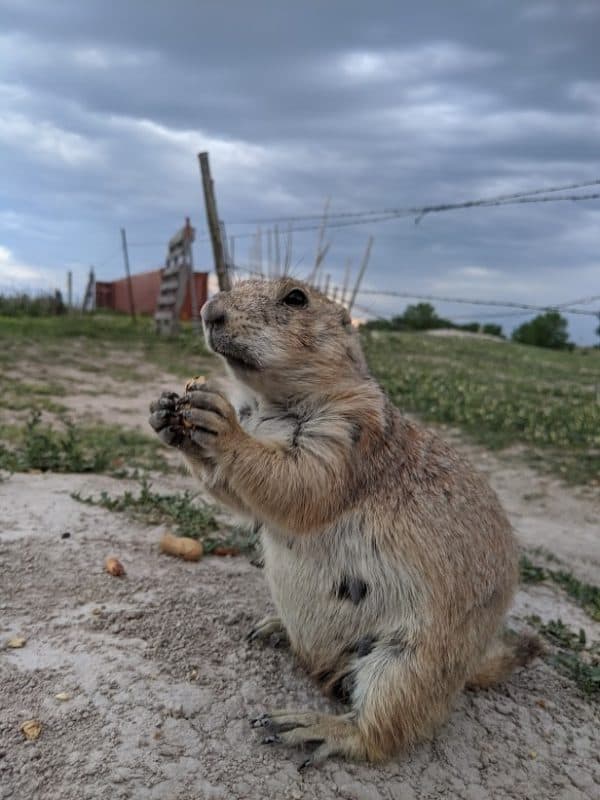 Badlands National Park is known for its rock formations which are actually termed badlands in geology! Pictured below is a great photo of these formations during an evening sunset! 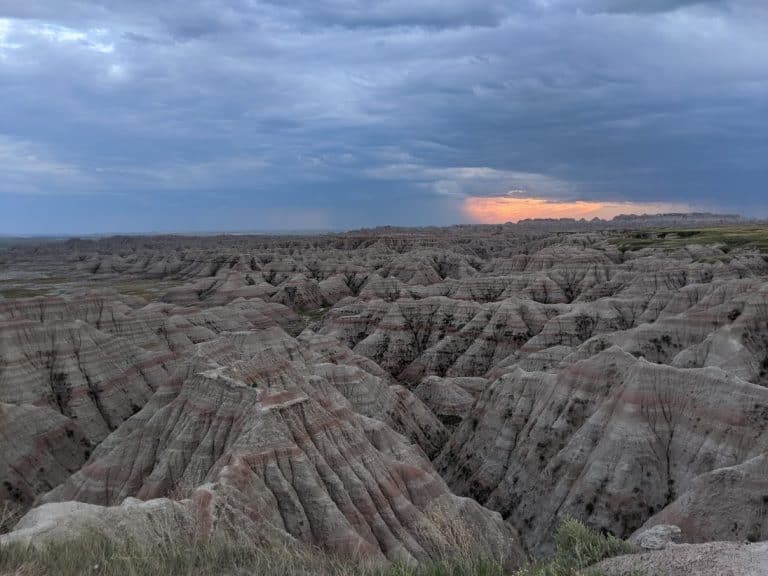 The morning of Day 4 was spent exploring a bit more of Badlands with 2 small hikes. After these hikes and taking in all of the scenery they move on to their next location- Black Hills National Forest. Black Hills is also in South Dakota just a few hours west. While visiting Black Hills the group visited Mount Rushmore and the Crazy Horse Memorial (both located in the forest). 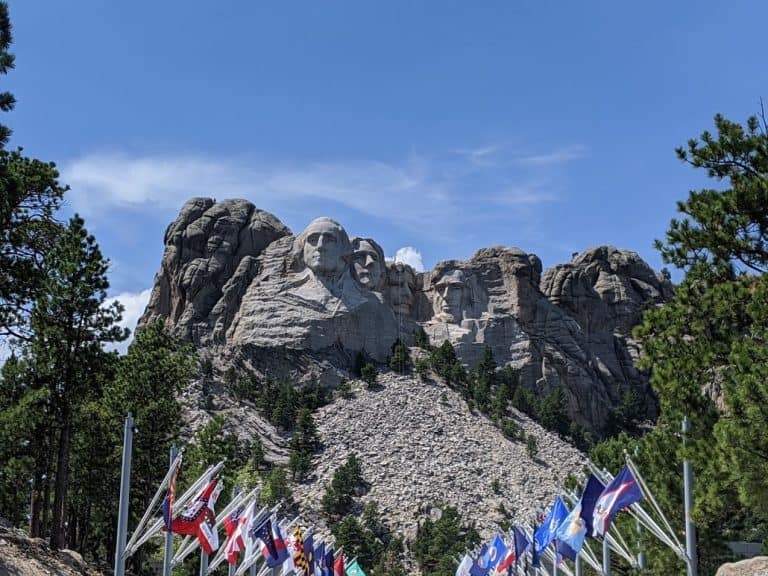 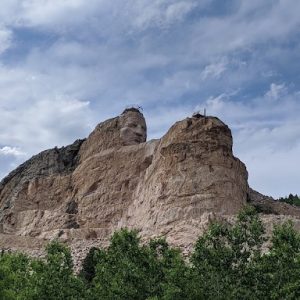 After a full day of exploring Black Hills, the group heads west into Wyoming to visit Grand Teton National Park. Along the way to Grand Teton there is a pit stop you can’t miss: Wall Drug Store in Wall SD. Wall Drug has been a tourist attraction for years- all because they offered free ice water and travelers would stop in for a break. With a plethora of signs and a rich history of being a popular roadside attraction- millions of people still stop by yearly.

After picking up some souvenirs, the group continued on to Grand Teton National Park.

Grand Teton was filled with wildlife- after seeing 7 grizzly bears the group decided it would be best to pay for an actual campground rather than finding a spot in the woods. 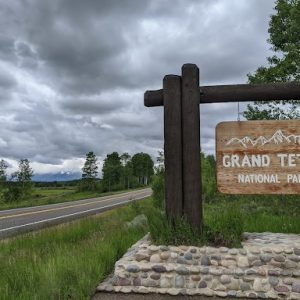 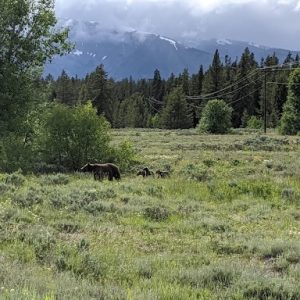 After spending some more time exploring Grand Teton it was time to head north- west up to Seeley Lake in Montana! A short stop that was mostly spent sleeping, it was still  worth the stay!

Day 7 started bright and early at 7am for a relatively short journey north to Glacier National Park. The group got to experience the park in a very unique way due to the current pandemic- many parts of the park were closed but the parts that were open had extended hours, no charge for entrance at the time, and still provided great huckleberry ice cream! After spending some time around the park, but realizing many parts for the park were closed, the group decided to head toward Olympic National Park. Making a stop in Tacoma to stay in a hotel- a nice break after camping in a tent for the last week.

After getting a good night’s rest and showering in a real shower rather than at a campsite, the group headed to their next national park. Olympic National Park is located on the coast of Washington and has a great ecosystem diversity, containing a rainforest, beach, and snow- capped mountains. Starting the day by claiming a  first- come – first- serve- campsite, the group then decided day one of the park would be dedicated to exploring the rainforest and the beach. 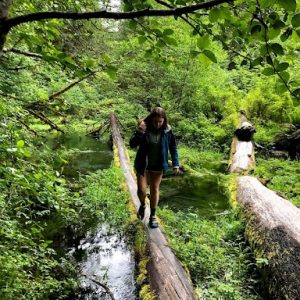 This beach contains the wall with a large hole in it that you may have seen before in pictures! After a long walk there the group got to see this wall for themselves!

As the day drew to a close, the group made a nice fire at their campsite to relax and hang out after a long day of adventure.

The next day the group was determined to see the third natural landscape that Olympic Park has to offer: the snow capped mountains! After packing up camp the group drove up Summer Road: a small dirt path that led to the mountain tops. They then parked the car and went on a snowy hike to take in the environment. This hike was packed with wildlife: deer, marrmots, and black bears were some of the animals they witnessed while hiking through the wilderness. After concluding their hike and time at the park, the group headed south to Crater Lake. At Crater lake the group stayed the night and watched an amazing sunset! 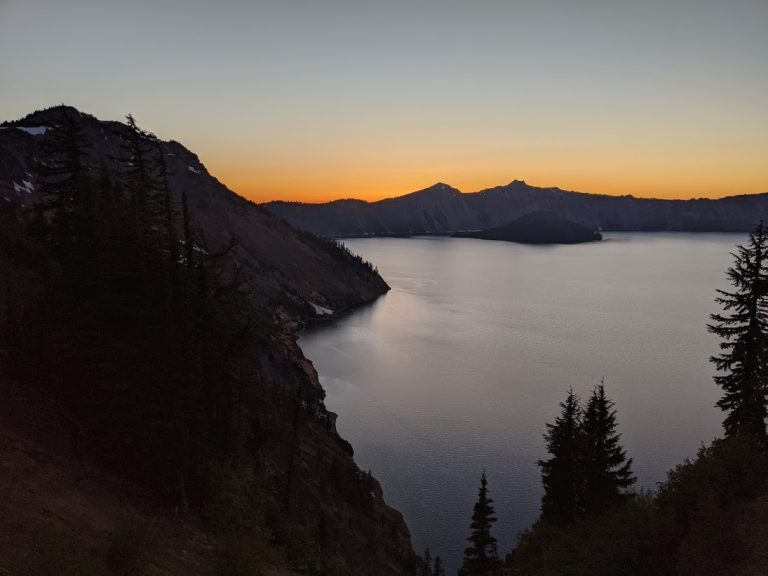 Up next was the Bruneau Sand Dunes in Idaho as the group officially started heading back East. This park is home to the largest single standing Sand Dune in the US. While playing  in the sand the group caught another great sunset! 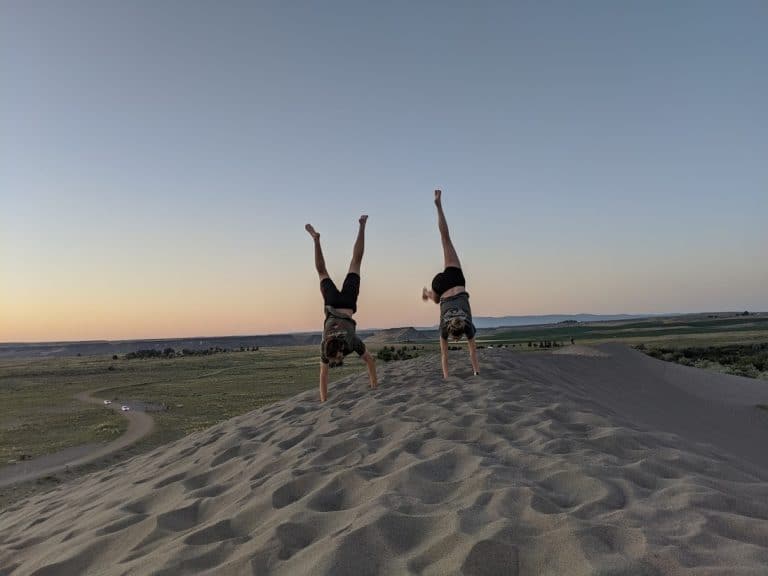 After the Sand Dunes the next night was to be spent in Salt Lake City. On route to the city the group made a pit stop at Shoshone Falls Park which is home to the largest natural waterfall in the US. This park included a swimming hole at the top of the falls (apparently it’s not as scary as that sounds, but we’d like to see for ourselves), cliff jumping, and a beach!

After a fun day of swimming they were off to Salt Lake City! A nice feature of the city was the Lime Scooters, this allowed the group to explore the city while enjoying a fun relaxing scooter ride. They finished the night by camping on Five Mile Pass Recreation Area outside of the city. 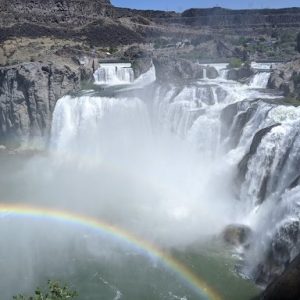 The Bonneville Salt Flats are located at the south end of Salt Lake. These salt flats featured a pool size puddle that was much cleaner than Becca expected! The fun thing about this body of water (the puddle and Salt Lake in general) is that it is so salty the buoyancy is much greater than regular water and you float without trying! 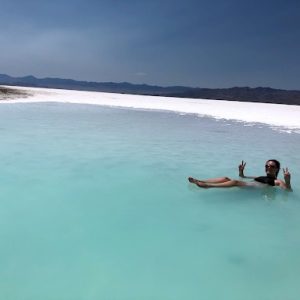 From the Salt Flats the group heads deeper into Utah to visit Meadow Hot Springs, and swim in more natural pools. The group got lucky and was able to camp right near the springs allowing for some late night and early morning swimming! 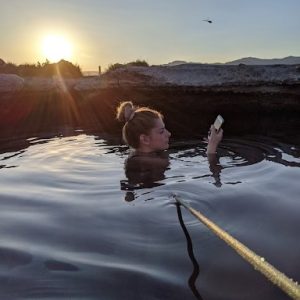 Day 14 consisted of a little less planning in accommodations, the group moved from Utah to Colorado and camped on top of a mountain they don’t know the name of (somewhere close to Denver). Sometimes the unknown destination is half the fun! 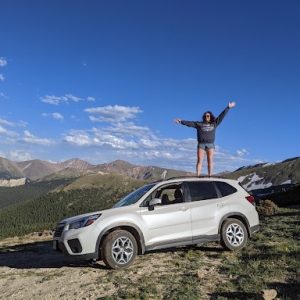 After their unknown stop they head to Mark Twain National Forest in Missouri. Heading back toward home the forest was a great camping site for a chill night of hanging out after 2 weeks of action packed exploring! 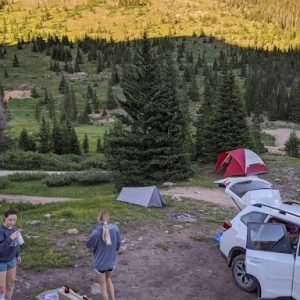 Making way back east the group took the opportunity to stop in St Louis to see the Gateway arch while in Missouri. They then traveled to Allegheny National Forest in Pennsylvania to camp for the final night of their journey. 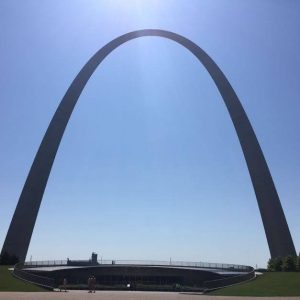 After a busy 2 weeks filled with lots of exploring and even more driving- the group finally heads home to Western Massachusetts.

Becca loved going on this trip. She states that it definitely would be easier with a van- camping in a tent isn’t the most comfortable after 2 weeks and having more space for gear, food, and sleeping arrangements definitely would be nice. This trip has inspired her to pursue the van life in the future so she can go on more road trips similar to this one!

Her favorite portion of the trip was definitely Olympic Park in Washington. Their luck getting a great campsite combined with the natural diversity of the park made it a truly amazing experience.  She would recommend that park to anyone who loves nature and enjoying exploring!

She also would recommend this trip as a whole to anyone who wants to take a roadtrip across the US. While she would enjoy having more time and a more comfortable sleeping arrangement (a van maybe!), it was a life changing experience she wouldn’t give up!